Lipless crankbaits fly under the radar, guys simply just don’t throw them. For years, I fished rods that were too powerful to effectively fish crankbaits. It really got tired, and even worse, you could never rip the grass off the bait during the retrieve that ultimately resulted in too many wasted casts.

The first time I fished the IMX-PRO CBR 885C lipless rod, I knew it was special and my previous issues were erased. Lake Guntersville is awesome during the spring for ripping a lipless crankbait out of hydrilla. A lipless crank also produces fish on mud flats in the back of creeks on the Highland reservoirs when the shad move back in there. And trust me, there are bass there, they just aren’t easy to catch!

On natural lakes, I target smallmouth holding to gravel and rock transitions as well as sand veins when those fish gather a month before the spawn. Reeling lipless cranks and ripping them out of the grass will invoke viscous strikes, when smallmouth suspend in cabbage weeds on lakes like St. Clair.

Come fall, targeting those deeper grass lines by lifting the bait and letting it fall back down is the ticket. Though lipless crankbaits produce during the summer, but I’ve always found them to shine when the water temps get cooler.

It’s important to keep your bait choices simple: Chrome when it’s sunny and red in the spring (until pre-spawn). White and shad patterns work best on overcast days as well as when the water has color to it.

I fish the biggest size that the bass will eat, simply because I can cast it farther and more efficiently to cover water and land more fish. In skinny water, the smaller ¼-ounce baits might be the ticket, but it vastly reduces my ability to cover water quickly. A ½-ounce lure gets the nod in 3 feet of water and greater. A ¾-ounce works great in the fall when they’re feeding on bigger bait.

Monofilament line works great when yo-yoing the bait up shallow to keep it buoyant. Water temps in the low 50’s are a cue to yo-yo a lipless crank up shallow when the fish are first moving up. My mainstay is 16-pound fluorocarbon line. Otherwise, I’ll use 20-pound to keep the bait higher in the water column, and drop down to 12-pound fluoro to get it down a bit.

Fishing a slower Shimano Bantum MGL with 6:3:1 gear ratio allows the fish to inhale the bait while also guaranteeing a solid hookset. 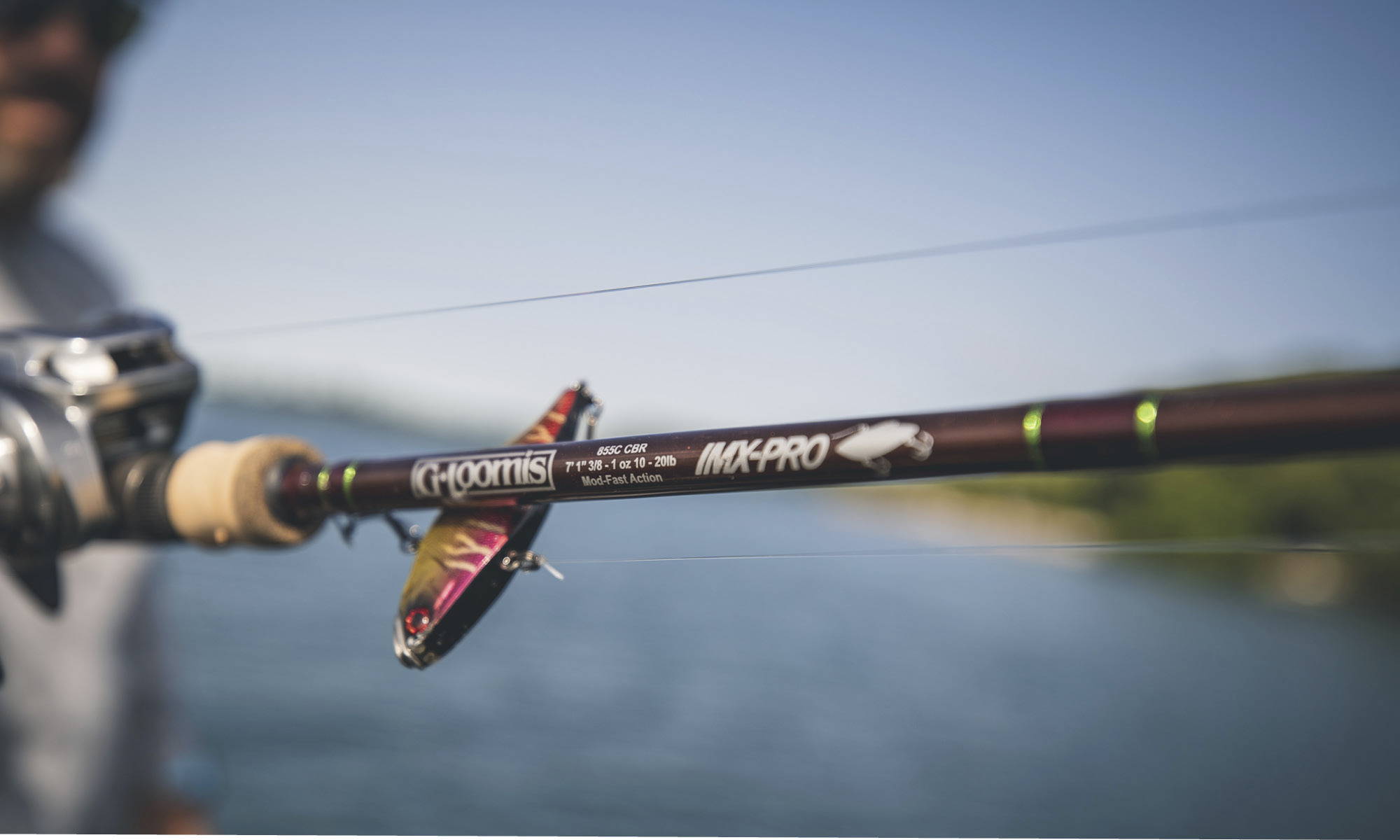